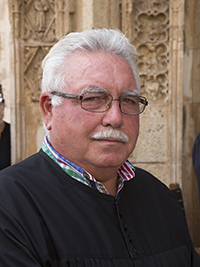 Syndic of the Acequia Tormos

The ditch is the first Tormos taking water from the left bank of the river , except the Moncada that is above water , and its route extends along eight miles from its dam at the end of Paterna until reaching Rascanya ditch near the town of Tavernes Blanques , perhaps once related to the hydraulic system of the ditch Moncada, watered his 10 files orchards located south of the town of benimamet to start subdivided into the Bon molí Any up to Benimàmet population , the sprinting Burjassot- Borbotó arms and Benicalap ; different sequiols penetrate the population Benicalap to approach the vicinity of ditches and Rascanya by Campanar Mestalla .

Its traditional layout, after separating from the bed of the Turia from start gift of the new channel , in the municipality of Quart de Poblet, runs along the top of the garden of Campana , at the foot of Benimàmet and Burjassot , running in parallel to the canal buenamedida Moncada , but at a lower level .

North of Benicalap, branches into arms : Fernando , that leads to the City faller , and creel Patriarch BRAC Veleta . And further, the Burjassot , Godella , Borbotó and Carpesa , watering the gardens of these populations.

Finally, about parallel to the ravine and is Carraixet drop in Rascanya ditch , and in the municipality of Tabernes Blanques , which ends in the Moli dels Canyars.

Further away from the city and with a budget of less than that of ditches and Rascanya Mestalla (10 rows compared to 14 of these) water, its major mills were Vado and Bon Any.

Currently, the two areas where most of the irrigated focuses are in the vicinity of Benimàmet and Campanar (about 200 ha) and orchards located between Burjassot, Borbotó and Carpesa (with about 450 acres) considered the industry best preserved in this part of the Huerta.

Preserves important elements of their heritage, his dam is in the Turia, between the terms of Manises and Paterna, downstream from the bridge over the river from the highway that goes to the Manises airport Paterna, with his ladder, ruffs, door com and beacon, in perfect order.

Of the few mills that were installed in the ditch, given its distance from the city, there are some standing Llobera like that of Colau and especially that of Salt in Burjassot.