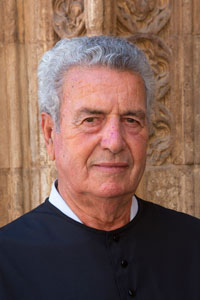 Syndic of the Acequia Rovella

Layout of Rovella is widely detailed in the work of J. Llop , where we give full information about indicating also the different arms of Favara ditch that went deep into the city to assist in irrigation and cleaning of sewers of the city of six hundred.

However, like Rovella after crossing the city, pouring water into the Valladar and split into different branches , irrigated orchards Ruzafa to go eventually drain into the river.

The old weir Rovella was next to the bridge of Campana in the bed of the old channel . Its layout , underwent a remarkable change to be deleted which penetrated the city by the Crown Portal and continue a new section here was initiated following the street Guillem de Castro , Xativa and Colon to reconnect with your old layout in Hernán Cortés and the street , across the great highway Marqués del Turia, by Master Gozalbo street and Avenue of the Kingdom of Valencia, achieve avenue Peris y Valero , and Aleixandre Pedro street , arriving at the square of Montolivet . From here, the canal runs along Avenida del Saler and leftovers are collected by the ditch of Valladar , after traveling about 10,000 meters. At the intersection of Antonio Ferrandis , ditch the Valladar has a couple of branches : a branch to the west, serving the Pou Row , and another to the south which is the row Inquisició .

This Valladar ditch the old watering the gardens of Nazareth , now severely depleted by the urbanization process , goes to the games of La Punta ( d'En Silvestre ) and El Peru to its mouth in the new river channel.

Latest ramifications of the canal and irrigated orchards that have been badly affected by the urbanization process in the area in recent tiempos74 unstoppable. Of its archaeological heritage we subtract the weir and finds that periodically are discovered in the city for construction of farms in the old city, that is, within the perimeter of the old mu medieval mash, as happened few years ago with the best vall of the city, in the vicinity of the San Fer nando street or, more recently, in the work carried out at the site of the former Café Lauria, next to the square of Ayun ta tion. The remains of the old weir Rovella are in the bed of the old channel between October 9 and bridges of Campana, near the old Carcel Modelo. Solution to South, near irrigated orchard, as a 'Mesopotamia' is between the two channels of the river, the old with the new north and the south.