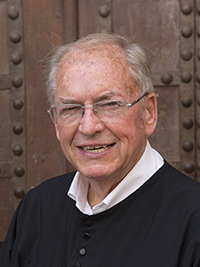 Syndic of the Acequia Chirivella

From an arm Mislata ditch to irrigate fields Xirivella place whose owners thought they would achieve greater benefits if they themselves ruled his ditch, and started doing so since ancient times formed.
However, when the Ordinances of the ditch Mislata were approved in 1751 , being the arms of the same , so they could not claim that interfered in the affairs of the ditch , got meeting elected from both sides, declare the Mislata, by deed, articles 1 º, 2 º, 26 º and 32 º of its ordinances , not rigiesen in the ditch Xirivella , and not satisfied with it , arranged for the government of his new ditch ordinances , which were printed in Valencia by Jose Estevan and Cervera, in 1794 , " generally agreeing with Mislata, with the exception of the General Meeting for the appointment of jobs were held on the third day of Easter Holy Spirit" , on the other , the special Board for the government SERAD istinta Mislata and formed by four elected trustee and a labrador which will come by his office and Xirivella neighbor or municipality and , of those , one belonging to the ecclesiastical arm other military .
Ordinances for the regulation and government of the Acequia de Chirivella Mislata arm . Sent observed under Real provision issued on December 1 , 1792 , whose printing was generally agreed irrigators Board held on May 15, 1864 . (Reprint ) . Valencia, Sons of N. Regolf , 1943.14p.,In 4th.).