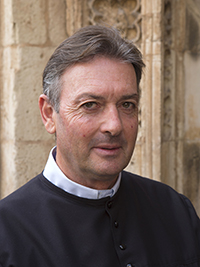 Syndic of the Acequia Rascanya

The mother ditch Rascanya , last on the left bank of the river, stopped using his dam after the flood of 1957 , as the dams of Rovella and Favara , today is your take on the weir Repartiment . Its traditional irrigation was around 1,200 hectares while now just sobrapasa 800 . Goes into the city where dels frares mills and Sun were installed and the Vall Street Ballestera crossing Pius XII, to the avenue of Campana and city health through Faith , following the street Joaquin Ba - Ballester , crosses the ditch Mestalla and enters the district of Marchalenes , toward Constitution Avenue , after crossing Torrefiel neighborhood , and the open sky , on its left bank receives input from several armbands ditch Mestalla and watering the Sant Bernat plà hort de Sant Miquel and parallel to the canyon Palmaret penetrates the term Tavernes Blanques molí Canyars divided in two languages ​​: the Alboraia and Almàssera .

Alboraia arm , leaving the right channel of the languages ​​, cross helmet Tavernes Blanques and vuelde to smack east of the town , near term Alboraia to become subdivided into the northern part in the languages ​​of Miracle Gaiato and two new channels : the first crosses me by means of a siphon canyon Carraixet northward drift the second sea south of that ravine to the beach Alboraia.

Almàssera arm also crosses the canyon by siphon and water Carraixet the municipal population , plus Meliana with different arms. After giving birth to the arms of the Creu and Alquerieta be divided into two arms, and the Plaça de la Cadena , Plaça BRAC continues to the sea and water Almassera the term and part of alboraia to the sea, another arm, Chain , BRAC of Gardi , which will be born of the Rollet , Anoneret and Cigala, while the arm of the chain reach the ditch Sant Vicent , who shares separates the Real Acequia de Moncada .

Today , the canal of Rascanya has lost a significant part of its irrigation network , namely going from the dam to the monastery of San Miguel de los Reyes. His ravaged and ancient weir on the old channel , two languages ​​, and six mills ( among others, of them llimeres the Calixto , the prawn ... ) , a total of nineteen that existed in the late nineteenth century , are all that remains of its old architectural heritage.