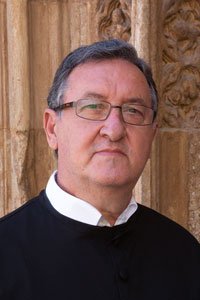 Syndic  of the Acequia de Quart

The common section of ditch - Quart Benàcher Faitanar, extending the term municicipal Manises. At the height of the town of Manises, passes between houses and a river terrace where centuries Orchard Village, watered directly by open sores in the ditch - mother herself was created, one of which is what gives rise to Faitanar independent ditch .

After passing under several old factories of the population, the municipality ditch turns south to go up the canyon and Salt d' Aigua cross by an ancient aqueduct rebuilt many times , els Arquets Manises , finally arriving in the town of Quart de Poblet and distributing water from ditches and Benàger Quart . From this set , their historical weir is still preserved , the first , which takes water from the river ( located about three kilometers from Manises and about 500 meters downstream from the weir Moncada ) , aqueduct Arquets dels , a hydroelectric plant early twentieth century ( next to the old molí of Daroqui that im - plained building a larger channel ) and the languages ​​of the system. The construction of the hydroelectric plant Daroqui in 1905 , now abandoned , forced to expand the capacity of the channel from the dam to her, irrigation communities and Benáncher - Quart Faitanar granted passage of water to the central retaining ownership .

The aqueduct dels Arquets used to move water from the ditch on the Salt Canyon de l'Aigua, on the eastern edge of the town of Manises and as close to Quart de Poblet, always aroused the interest of scholars and most possibly outside the Roman era. With its 230 meters long, has 28 arches of various dimensions of light, and intervened heavily reinforced over the centuries (Already King Conquistador in 1273 speaks of their poor condition and need to restore). It is the largest work of hydraulic architecture of the canals of the Vega de Valencia and the only representation of a large aqueduct in the region.