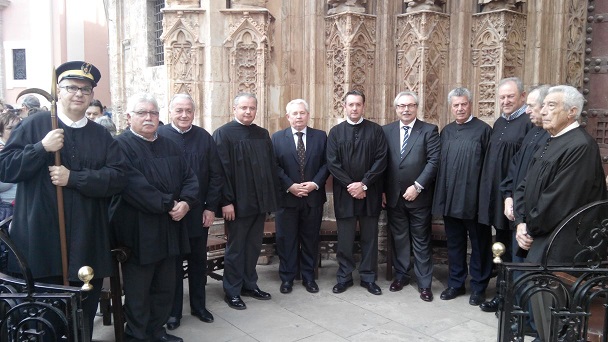 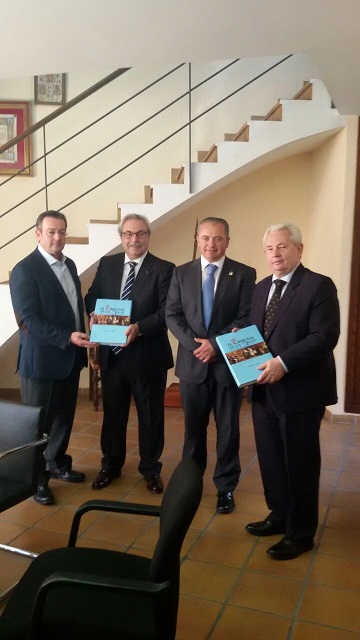 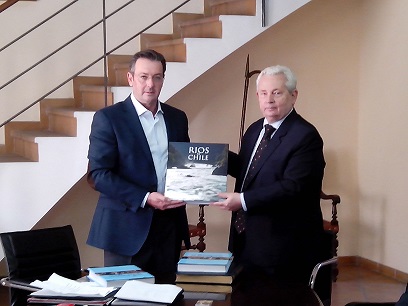 Today has received the blouse of the Tribunal de las Aguas, the director-general's Statutory Development, José Manuel Miralles. Following the imposition of the blouse, took seat as Síndico of honor at the plenary session of the Tribunal. Subsequently, Miralles has signed in the book of Honor and received the Medal of the Millennium. His heartfelt words of thanks have been the culmination of an emotional act, in which the Síndicos wanted to show their appreciation to a great contributor, and has enjoyed the participation of the Conseller of Justice and Interior, Serafín Castellano, and much of the equipment for his Department. 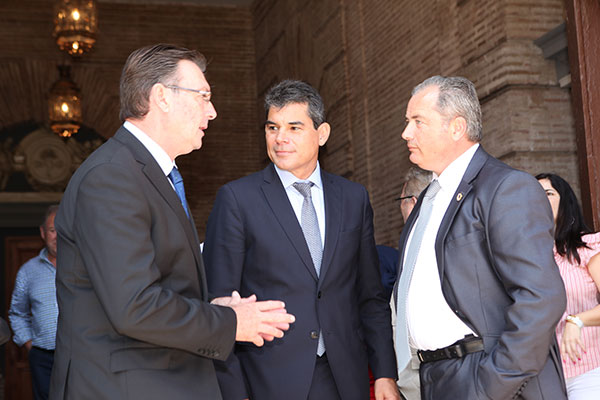 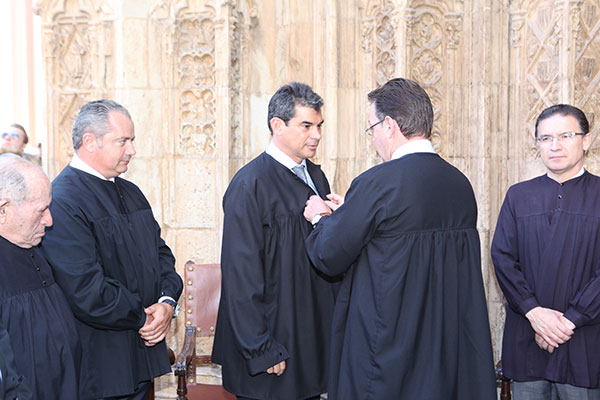 The International Congress on law and water management: 'Water, roads, knowledge in the Iberian Peninsula from the Roman Empire to Muslim power', which takes place at the University Miguel Hernández de Elche (UMH), has held a field day, with visit to the session of the Tribunal de las Aguas and the Huerta of Valencia, on Thursday, May 22.

It's a scientific meeting that discusses the management of water and water resources in the Iberian Peninsula during ancient, Roman, Visigothic, and Muslim, from the field of structural and architectural development, as well as their legal status, jurisdiction and economic development.

Advisory counsel to the Tribunal de las Aguas Javier Pastor has pronounced an explanatory talk on the ancient institution, its history and performance, and has guided to Congressmen in his visit to the plenary session of the Tribunal. Also, the professor at the free University of Berlin, Dr. Ignacio Czeghun, scientific director of the Congress, has signed in the book of visits of the Tribunal.

In the afternoon, at the Palacio de Colomina, Professor Luis Pablo Martínez, inspector of heritage furniture of the Generalitat Valenciana, gave a lecture on the Tribunal de las Aguas. While Professor of the University of Valencia Josep Torró Abad has spoken about the management of the agricultural space in the Muslim period in Valencia.

After the conferences, there has been a guided visit to the Huerta Museum (in Almàssera) and to the Agromuseo of Vera (in Alboraya), both in the area of influence of the Acequia Rascanya, so that researchers could visit the Huerta of Valencia and taste a product typical as it is the horchata de chufa. 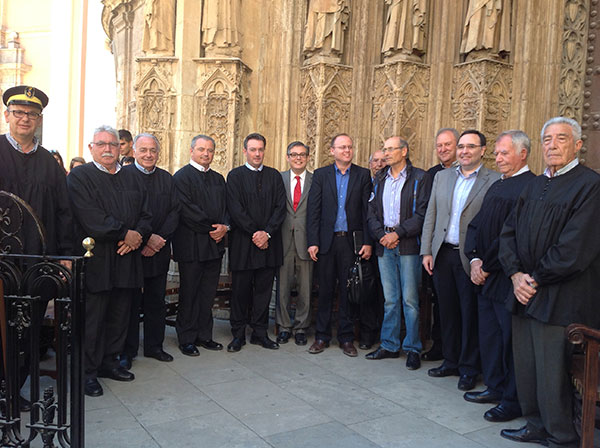 Enrique Aguilar Valls will be three years more in front of the Acequia Rascanya, after his re-election Sunday as Syndic of this irrigation channel.

Enrique Aguilar is the current President of the Tribunal de las Aguas, for the biennium 2013-2015.

Today an agreement has been signed with the Universidad Politécnica de Valencia . You can see the video on UPV television in the following link :http://www.upv.es/noticias-upv/noticia-6417-convenio-upv-ta-es.html

At 10 a.m. the movie has been projected in the Colomina Palace assembly room .

After the public session at the Apostoles gate of the Cathedral her husband , Joaquín Romero Maura picked up the bronze medal of the millennial. 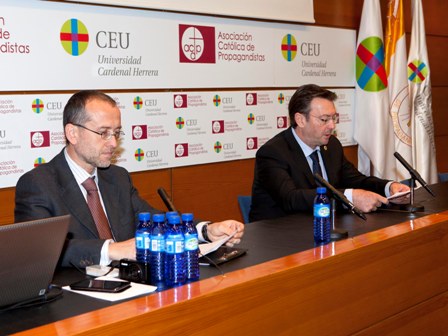 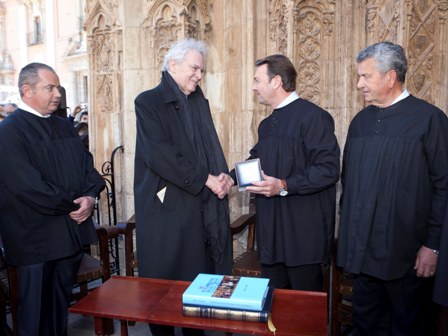 26 french students of the "College Jean Racine" from Saint-Cyr-l'Ecole who are of linguistic and cultural exchange with the IES Enric Valor from Picanya, Valencia.

Leonardo Navarro , the teacher , acompanies them. 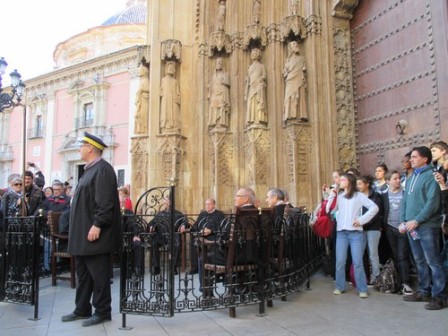 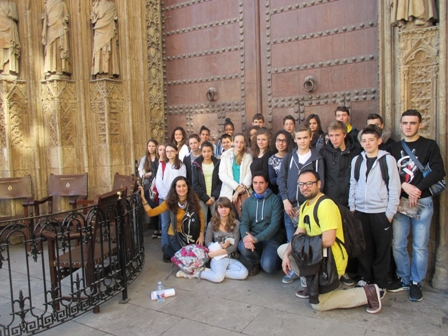 The new e-mail address is :

This email address is being protected from spambots. You need JavaScript enabled to view it.

This email address is being protected from spambots. You need JavaScript enabled to view it.

We apologize for the inconvenience